Welcome 2014 and welcome all my wonderful readers. You’ve made the past six months absolutely wonderful and gave me all the motivation to continue on with the blog. Without you all this may have seen like a fruitless venture, but instead it has proven to be my greatest enjoyment.

2014 is going to be a big year and I’m looking forward to it just like I hope all of you are. There will be changes. Starting as soon as the 7th of this month, there will be a dedicated section devoted to writing. Yes, I said it, a section devoted entirely to writing, short stories and excerpts of my own and possibly of others depending on how the future progresses. Short stories aren’t the only thing being added, but there will be a revamp with a new design. To top it all off, there will be an address move. But no worries, everything will be ported so if you want to keep linking here, that will be an option.

Now that all that pesky business is out of the way, let’s get to what is coming up in January 2014. 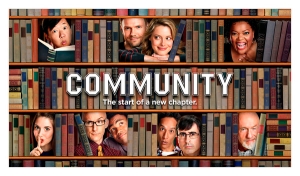 Jan 10 – The Legend of Hercules Dir. Renny Harlin – The first of two Hercules movies that will be coming out this year. This first one stars Kellan Lutz and looks like it might serve as something to pass an afternoon. However, my few glimpses at the film have not been all to reassuring.

Jan 14 – I, Frankenstein Dir. Stuart Beattie – Aside from my obvious frustration that this story seems to be further perpetuating the assumption that the creation is Frankenstein. Anyway, upon first hearing about this movie, I was excited. Then that excitement quickly faded as as saw the trailer again and again. There just seems to be something off, but it doesn’t have the charm and darkness I think it’s going for and instead looks cheesy.

Jan 17 – Jack Ryan: Shadow Recruit Dir. Kenneth Branagh – I honestly don’t have much to say about this film as it is. It is simply a film that is coming out and looks like it could be interesting. It could also end up being just another secret mission movie filled with deception and supposed plot twists that can be seen far away. All that said, I think there’s a decent chance the film will in fact be decent and watchable.

Jan 21 – Knights of Badassdom Dir. Joe Lynch – It actually looks kind of hilarious. If you are a fan of LARPing, this will be your thing. If your a fan of Steve Zahn, Peter Dinklage, and Ryan Kwanten, like me, then you will enjoy it because it looks like they are having genuine fun in this movie. If you haven’t seen the trailer, I suggest you check it out here.