We’ve known for a while that the sequel to Man of Steel, the Batman vs Superman movie, was moved back to from it’s summer 2015 release date to May 6th, 2016. A date which happened to already be occupied by a yet untitled Marvel film. Rumors swirled that Marvel would move it’s date considereing what could possibly compete against Batman vs Superman. The days marched on since the reveal of the new date and there was no news from Marvel. At least until a couple of days ago, when Kevin Feige revealed in an interview that Marvel had no plan of moving from the date and encouraged more competition. Then yesterday, we learned exactly what title Marvel intended to release on May 6th. Come May 6th, 2016 fans will be facing a decision Captain America 3 or Batman vs Superman. 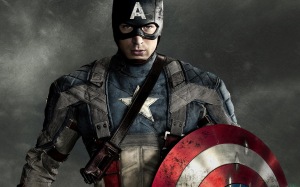 Batman vs Superman
The title is the major draw. Not many comic book fans can resist the draw of two major superheroes duking it out (I mean Avengers is a great example). However, we don’t know much about the movie except for its ballooning cast. As a direct sequel to Man of Steel, it doesn’t feel like it’s being positioned as a Superman movie. In addition to a large cast of Superman related characters, we also have Batman and Wonder Woman in the mix as well. Man of Steel did well in the box office, but it was met with a mediocre critical reception. In order for the movie to be truly successful, the writing needs to take a step up from where it was in the last film. That said, even if the film ends up a massive clusterfuck, people are still gong to flock to see it opening weekend. If it is bad it will only heart the long term box office.

Cannibalizing the Box Office
As long as both films will be releasing on the same day, we are going to have a lot of competition at the box office that day. However, both films are targeting an extremely similar market. It’s inevitable that it will eat away the possible profits the films could earn. With the massive cost of going to a movie ballooning, there will be people who have to make a choice. At the end of the day, that isn’t really good for either film. The box office will undoubtedly boom that day which is always good.  However, both movies are still more than 2 years out, so there is still time for one of the movies to change dates. Schedules could change, delays may happen and we could very well see one of the movies back off. Only time will tell, but as of right now, May 6th, 2016 is shaping up to be a very interesting day for a comic book fan.

Which movie do you think you’ll go see first?