Multiple incarnations can be confusing or they can be brilliant. Doctor Who does it with a revolving door of Doctors who are replaced periodically. Each Doctor will have their own look and personality and simply follow a similar trajectory with similar themes. Or James Bond who also does a similar thing. No one is ever confused by the ever changing actors playing the classic secret agent. They by pass the need to have multiple incarnations and creatively found a way to introduce new versions without attempting a full reinvent or marching out multiple versions of the character at the same time. When there are too many incarnations of a character it can become confusing, particularly when there are a number of casual viewers who conflate the multiple incarnations.

Multiple Incarnations
With every remake, you get a new incarnation of a character. The result is fans freaking out over which is better. Then there are also tv adaptations of various concepts and characters. Within the last decade we’ve had more people play Spider-Man and all of his incarnations than I’d like to think of. There has almost always been some run of an animated series of Spider-Man. Whether it was classic animation, or the odd playstation graphics CGI Spider-Man voiced by Neil Patrick Harris. Now we have Drake Bell voicing Spidey in Ultimate Spider-Man. There was also the run of Sam Raimi’s films featuring Spider-Man and the more recent Amazing Spider-Man series headed by Marc Webb and starring Andrew Garfield. And none of these incarnations ever overlapped or shared continuity. They each exist on their own, thus forcing the audience to deal with different incarnations of the same character that are all treated differently. The one saving grace that Spider-Man has is that there has never been two concurrent live action stars portraying our favorite web-slinger. 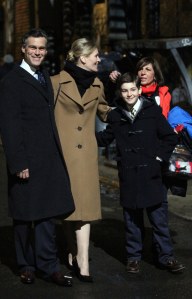 The only character with more concurrent, or overlapping incarnations is Batman. Usually, you would go a few years before you got a new animated series or a new movie. It had been over 10 years between Batman and Robin before Batman Begins. And now that we are a couple of years removed from our last tryst with the bats, we are priming for yet another incarnation, this time featuring Batman. Thus as an audience, we now need to embrace a new Batman 3 years after the last. But before we even see that Batman, the every day audiences of FOX are going to be treated to Gotham which has officially be picked up for next season. Gotham will be a sort of prequel to the Batman and the troubled Gotham that we know, following James Gordon in his early days. Don’t be fooled though, we will still have a young Bruce Wayne and the yet unrealized villains he is known to fight. The trick is, the world of Gotham will not be connected to the live action world that we will be seeing in the upcoming slate of DC movies, starting with Batman vs Superman. They are completely separate incarnations. And should Gotham do well, it will likely just be ending it’s season when Batman vs Superman hits theatres. The one upside is that the Bruce Waynes we will see will vary so greatly in age that being able to compartmentalize the two versions shouldn’t be too difficult.

Unfortunately, that can’t be said for the upcoming slate of Quicksilver. Quicksilver, aka Pietro Maximoff, son of Magneto, will be appearing in two movies played by different characters, with completely different takes one year apart. Both films will fly a Marvel banner over the film, certain to confuse most of the public. But these characters will be two unique incarnations of the same characters under different studios. Fox will make it to the screens first (may 23, 2014) with their version of a 70s era Quicksilver played by American Horror Story’s Evan Peters. While his costume looks foolish, the way he is portrayed (at least from the trailers) seems interesting and fun. Fox’s Quicksilver comes off like the quick banter snide talking Pietro, I found fascinating in X-Men Evolution (am I showing my age, whoops). A year from now, we will be seeing Pietro, along with his sister Wanda, in the Marvel Cinematic Universe version. In this case, we’ll never see him be referred to as a mutant, but early images and the tag from Captain America: The Winter Soldier, proves that we’ll be seeing the more brooding version from the comics. But with two versions under a Marvel banner, people are bound to be confused. It’s a shame the studios can’t find a way to play nice that would benefit both sides. I know that there is a way, but it doesn’t seem like either side really wants to work with the other.

One thought on “Multiple Incarnations of Characters”