The X-Men have been a hugely popular franchise for Marvel, since the 90s when the Animated Series dominated. It made sense that it would make it’s way on to screens. After all, Blade had managed to be a success and most people didn’t even know Blade was a Marvel property (I still don’t think a lot of people realize this). Comic book movies were beginning to become a viable option for studios to make money. Thus, it made perfect sense to bring X-Men to life.

Why X-Men Was A Good Choice
X-Men featured a massive team with so many characters it would be easy to lose track of them. Most importantly that allowed them to have a diverse cast and appeal to more people. It also gave them a number of characters to play with. Also since the comics had been running for over 30 years by the time the first movie debuted there were plenty of storylines to mine. That gave the studio both options and guidelines. Thus it makes sense that X-Men in 2000 made such a splash and began this new renaissance era of comic book movies. 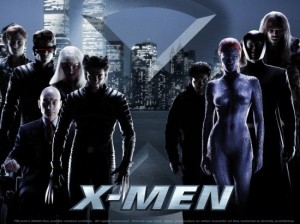 X-Men
Looking back at the first film, it’s hard to imagine this film as perfect. Once you get past what is now clunky CGI, you really see the heart of the movie and there was a heart. It harkened back to one of the themes that the comics so frequently touched on, but the idea of outcasts finally feeling a part of something when they came together. These were characters who had been beaten down for what they were. Their very existence made everyone else around them feel uncomfortable thus making them feel ostracized. This was particularly highlighted by Rogue who was depicted as a battered girl who longed to be close to people, but literally couldn’t touch them without hurting them. The first film served as Rogue and Wolverine’s journey as they learned that they could be a part of something and it wasn’t really so bad.

X-2: X-Men United
The second film took the idea of wanting to be normal and ran with it. The whole story followed the plot as a cure for being a mutant came into existence. Well, they attempted it and it came in the form of a young boy who could absorb and remove the powers of mutants. This was by far the best film of the original trilogy. It was action packed, but it also delivered heart. All the elements of the film managed to gel well as we got further into X-Men lore and were introduced to more characters that fleshed the world out. 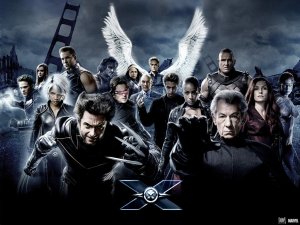 X-Men The Last Stand
I’ve spent years doing my best to wipe this film out of my memory. It was a tragedy as it left a nasty final taste in everyone’s mouth. The film was a mess and took drastic turns in character development that didn’t help the plot. Yes, it was their attempt to manifest a Phoenix storyline, but it really didn’t work. Cyclops died within the first few minutes. They killed Charles Xavier and tried to kill literally any character that crossed Phoenix’s path. It was senseless and at the end of the day it didn’t work. The film left such a nasty aftertaste that Days of Future Past had always been stated as a way to correct the timeline and thus hopefully allow us all to never remember The Last Stand ever again.

X-Men Origins: Wolverine
Unfortunately, Wolverine’s first foray as the headliner of his own film was poorly executed. Again a film that I wish to forget as the plot barely hung together as we were dragged through an unnecessary origin story. I’d also like to note that the origin story that we saw also was not the great origin story that was presented in Origins by Jemas, Jenkins, and Quesada. If you haven’t read that, you should check it out. Instead we got a weird presentation that involved a highly restricted and tragic looking Deathstroke.

X-Men First Class
After a couple of missteps, X-Men First Class was a return to form. While it wasn’t the major box office success that the first few films were, it was far better regarded. In many ways that had to attribute to the fact that the story was brought down to a human level. Rather than being about a bunch of mutants that were kicking ass. It was about a bunch of people who happened to be mutants as they tried to find a way to be accepted in the world. Yes, they were mutants and they were proud, but they weren’t the tyrants and abomination that they were seen as. It was a nice element to add that they were recruited for their abilities. It also presented that mutants are people and like people not all are good people. We saw that with the members of the Hellfire Club. 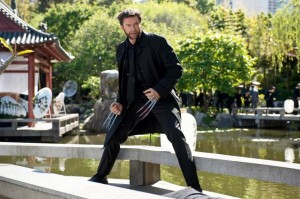 The Wolverine
This film was also another step in the right direction. The creative team decided to tap into one of Logan’s more interesting storylines involving his time in Japan. The movie was compelling and action packed. Sure there were things that could have been improved, but this felt like the Wolverine movie we should have got in the first place. It was all about Logan and the trouble that he got himself into. No other mutants necessary and that was a relief. The result was a film that looked really pretty and delivered a solid story.

X-Men Days of Future Past
The review will be up tonight, but it looks to be another step in the right direction that will continue to breath new life into the franchise.

Which was your favorite X-Men film?