Killing off a character in a movie, tv show, or book can result in effectively evoking just the right emotion in the audience. The death of a character can either indicate the grimness of a world or how much the death impacts the other characters. When a death is thrown in and has no real bearing on any of the situations, it can make both the character and the work seem like it doesn’t take death with any seriousness. After the recent bombardment of TV shock deaths, I’ve grown weary of them. This is mainly because they rarely are natural, but a lazy way to get a character where a creator wants them. 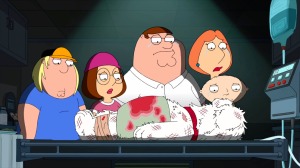 One of the biggest issues with killing a character is when death becomes commonplace. In some instances, killing a character or experience a brutal death can be a major positive for the a story. Sometimes it is a build to some inevitable fate. Or it is a shock for another character who started to think that nothing could go wrong.

Killing as a Crutch

While killing a character can be very effective, it is also rather easy for it to become a go to device. Unfortunately, that often results in lazy story telling. If a character is killed whenever their usefulness has run out, then the creator isn’t trying to find other ways to get rid of a character. In real life when some one is no longer part of your life story they generally don’t die. I’ve found that in many instances killing is used for just that. It’s done to place a character in a situation that they need to deal with. There are few things more frustrating to read a book and the only way for the author to get rid of a character is to kill them. 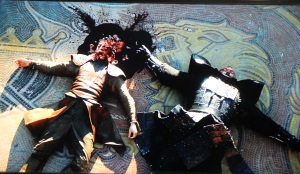 The Mountain And The Viper

There are times when a shock value death can be extremely effective and evocative. When done properly, it can unsettle the audience and make them feel like their characters fates are uncontrollable. However, you don’t need many of these deaths to establish it. The more frequent shocker deaths occur, the less special and important they become. Rather than being a sign for the characters to be afraid, it becomes part of a world where outlandish or surprising deaths are commonplace. When this happens you lose the ability to shock. Many shows attempt to deploy this tactic. Kill someone in a horrific way, but they often begin to fail when it happens again and again.

Killing as the norm

Situations may arise where death truly is a major facet of the story and not in the traditional sense. There are worlds that have been created where a death is little more than a inconvenience or a daily witness. Some characters move through their world constantly bombarded by the burden of death. In this case, the characters are less fazed by death, but that becomes a part of who they are. Heck there are even times where that is just how the world is painted. Everyone’s lives become precious, but the idea of death is little more than a reality that everyone must deal with. It would be a harsh world to live in, but one that doesn’t glorify death. Thus in this world or life of death a death is not highlighted, but felt.

How do you prefer deaths be treated in media?