This week we learned how Molly and John came to be the parents of Ethan. It turns out that Ethan was going to go to another family for beta testing. Which happened to be around the same time that Molly learned that she was potentially going to be one of the scientists sent to live in the station. It was clear that the tensions between Molly and John stem mainly from their inability to have kids (and also that she still loves her dead boyfriend). That said, you can really tell that John is far more invested emotionally in their relationship as he seems to thrive on their bond and his science.

I’m glad that they decided not to tease out the mystery of what they were doing to Molly out in space. It is creating a nice brisk pace for the show. While her director maybe willing to admit that something is going on with her, he isn’t willing to admit that he’s still going to do some swindling to get Molly to do what he wants and that’s more tests. 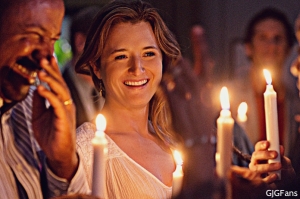 Julie is rather protective of Ethan. She sees him more as a child than anyone else. She cares about him deeply, but unlike John she does still recognize that he is a piece of highly intelligent equipment. She doesn’t want the years of work that she put in to go to waste by Ethan learning bad habits from the kids at school. However, it seems like there is more to Julie than just concerns for Ethan. She seems to love John and envy Molly. The tension between them is strong, but it’s clear that John only has eyes for Molly.

Ethan on the other hand is still the resident creepy kid. Yes, he managed to make a friend, but he’s also keeping animals hidden. If John hadn’t found the poor little thing it would have died. Ethan doesn’t seem able to understand or has a major fascination with animals. We already saw that creepy moment in the park. In a normal kid, a parent would think that he ay be off. In Ethan it very may well be the same sign, or it could be something unique to his existence. 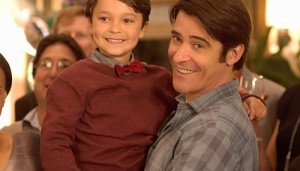 This episode also a bit more suspense. After Molly realized that she hallucinated the presence of a guest at her party she knew something was up. And now that John knows, there was no hiding that strange things were happening to her. She quickly decided that since everything was out in the open and that things were clearly getting worse she’d go see her director. Essentially playing right into his plan. The real question was did he set up Molly’s mystery guest. And if he did, you have to wonder how he actually managed to do it. Either way Molly managed to get free and escape with her family to go knows where.