Now, that Doctor Who has premiered, I think it’s finally the time for me to discuss what I hope to see in the coming weeks as Doctor Who carries on. Some may be asking why I decided to wait on this aspect. Most people would undoubtedly have thought that I would do it before the season started at all. In my mind that would just be silly because how could I think about what adventures and storylines would be the most entertaining if I don’t know what the Doctor is going to be like. 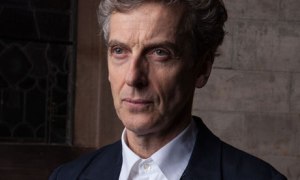 The 12th Doctor
The 12th Doctor is in one word crusty. It’s easy to see that he’s rather entertaining around company. He hurls insults at not jut the people he dislikes, but also the people he does. He’s curmudgeonly and certainly if I was around him I would be irritated. He throws around insults that are both eloquent and can be construed as incredibly rude.

What I hope for
With the 12th Doctor as chipper as he is, I’m hoping that he encounters both someone who is his match and his counterpart. I want to see him receive it as much as he gives it out. While also seeing him forced to hold his tongue and be a bit nicer. I’m also hoping that we are reintroduced to a species from the past that we haven’t seen on the new show yet. Each doctor seems to introduce some creatures or aliens that end up being major threats for them. For Eccleston it was the Daleks. For Tennant it was the Cybermen  paired with the daleks. For Smith it was the Weeping Angels and the Silence. It will be interesting to see who will be the major opponent for Capaldi.

What do you hope to see this season?