The one thing that has repeatedly bothered me about this show is how oblivious our core science team seems to be in relation to popular culture. They all seem to be aware of the lore of vampires. However, whenever they encounter these vampires actually behaving like the creatures of lore, they are stunned. I mean they are dealing with vampires. Creatures that drink blood and operate at night. They know the lore, so they should sound so perplexed. 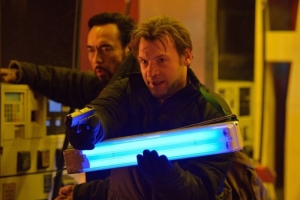 I’m glad that Vasiliy finally met up with the rest of the team. Sure, there was the awkward stand off as the CDC team tried to be good people, but Vasiliy knew the score and wasn’t about to just give up his UV lamps. yet, when he heard Abe call them vampires, he thought they were more like rat people. That said Vasiliy and Abe made a nice Vampire elimination team. Even if Vasiliy’s methods weren’t entirely efficient Even still it was a flood that they had to fight off. I loved watching the team fight the entire approaching vampire horde off. Granted it wasn’t very successful, but it was their first large scale attack they had to face. And boy can I say, these vampires are a terrible opposition. Just as shambling and dangerous as a horde of vampires, but these guys are arguably more dangerous.

Amidst it all, Jim was struck by a creature before retreating inside. It wasn’t shown or clear that he was infected, though it was safe to assume. What was more interesting was the paranoia of being locked inside the  truck stop that posed the real issue. Everyone wanted out and the vampires seemed to be attracted to the CDC crew. While one woman made a break for freedom, it was clear that not everyone could as the bread man was attacked. These vampires are just single minded in their attack, but they also are learning and becoming more intelligent. They are learning to use tools and acting extremely efficiently as they more as a team and a unit. 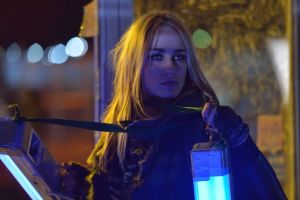 This episode was the best paced episode of the season so far. Not only was it well paced, the a steady steam of interesting events spread throughout the episode, rather than piled on at the beginning and the end, it was also the best in terms of tension and suspense. Luck was not on their side as things seemed to be only cable of getting worse. There was a looming threat that constantly sat over their head as they were trapped in the gas stop store.

It wasn’t very difficult to see the turn that Jim was still infected after they removal of the one parasite. It was a truly great scene with a lot of emotion. Jim knew what was going to happen to himself if they let him live. Abe even made it clear that should he survive he was going to survive he would attack the people he cared about most. Jim didn’t want that he wanted to die. Nora and Eph couldn’t accept that, forcing Vasiliy to step in. it was fast and it was emotional. It was a touch moment to watch, but ultimately, it was a very good moment. Which proves how difficult this is going to be on everyone. 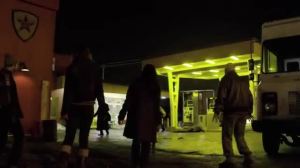 Also that it’s going to take a lot to get some of the crew up to speed with what they need to do, even if they’ve seen it first hand. Vasiliy is up to the task and Eph seems to be slowly adapting.

The final escape was thoroughly satisfying as they fought their way to the bread truck. They coped with the issues at hand and managed to survive with everyone still on the team alive. It ended with a nice big explosion.

One thought on “The Strain – Creatures of the Night”