HYDRA isn’t just working underground. HYDRA is actively working to not just recruit willing or persuadable people, but to convert former loyal SHIELD agents to becoming HYDRA. It isn’t surprisingly knowing the kinds of people that HYDRA is composed of, but it is unsettling knowing that unwilling participants are being brainwashed. Which was why the juxtaposed scene of the long absent real Simmons was unsettling. While it went with a slow reveal that Simmons was working with HYDRA, it seemed almost unnecessary. Simmons would always be loyal to Coulson. That said, the use of her cheery intro clued us in to the idea that she wasn’t so changed after all. 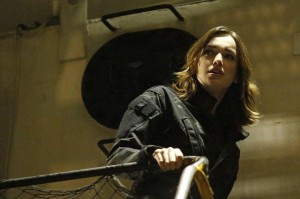 We hadn’t seen Donnie Gill since last season, and now he was on the run. HYDRA in particular was after him as a potential acquisition. His freezing ability was refreshing last season as one of the truly super powered problems the team faced last year. It was nice seeing someone with a “gift” that has no qualms hurting people if they get in his way, saw screw you to HYDRA. He didn’t want to work with them, but the compliance converted him fully. After seeing the agent during the episode slowly complying we know how they are managing the brainwashing.

Jemma’s allegiance to HYDRA was tested, which meant that as a character she was pushed to show more than ever before. Nearly all of last season, Simmons was never alone always with Fitz or another character. As such, we never really got to know Jemma that well. Instead she was auxiliary, serving a purpose, but never really dring story of her own. While this wasn’t giving Simmons a full on arc, it is giving her some real story of her own to dig into. Simmons was forced to convert Donnie for HYDRA and her cover was learned by the SHIELD team who nearly took her out. She’s even deeper into her cover now gaining the trust of high level HYDRA agents. However, that trust, comes with a compliance contingency plan. 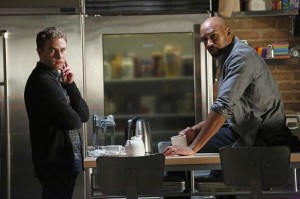 Every episode Fitz is pushing himself farther. Every time, Fitz makes some sort of progress while also seeming to have a major breakdown. After some more bonding with Mac, who are quickly becoming a fun pair to watch, Fitz went to see Ward. With all the other characters gone, it was his best and possibly only change to speak with Ward. He stumbled over his words and struggled to get out what he was trying to say to Ward. Of course Ward tried to justify and prove that he gave them a fighting chance. Fitz only saw what Ward ultimately did to him and attempted to exact his revenge. In this sense, Fitz tried to force Ward into exactly what happened to him, until Ward told him how dangerous it was to go after Donnie.

Also I quite enjoyed the Skye developments this week. It was a very small subplot mentioned multiple times in the episode, but it shows how far Skye has come as an agent.