Disney has always been the king of movie animation, but to pretend that there haven’t been other studios stepping in and challenging, even surpassing Disney is quality would be foolish. Now I could go into how all the Animation studios have come to be. Each have rich histories and incredible movies in their rosters, but I want to talk about the quality projects these Animation studios have been putting out as of late and the struggles they have or have not been facing at the box office. 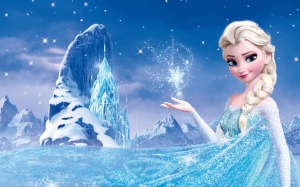 With the monstrous success of Frozen last year, people began to claim that Walt Disney Animation Studios was finally getting it’s mojo back. It seemed like Frozen was a proper return to form delivering yet another princess story, a solid musical, and a story that people immediately clung to. There is no denying that Frozen hit a masterful feat, but to say that Frozen was the indicator that Disney Animation had gotten it’s groove back is a bit short sighted and doesn’t give credit to the movies that came before it that were very clear warning signs that Disney was on it’s way back on top.

For the longest time, Disney was the reigning king of animation. First it was the classics like Snow White and Cinderalla. Movies like the Aristocrats and 101 Dalmations are still movies that kids watch today. That was what Disney did so well. They created animated movies that stood the test of time and make kids want to watch them. They were fascinating pieces of work. Disney’s animation also hit a lull after that period only to be revived in the late 80s and through the early to mid 90s. In that time we got many of the great animated movies like Little Mermaid, Beauty and the Beast, and the Lion king, along with so many more. It was a new era, but just like any era it eventually faded. 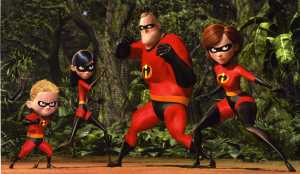 Disney’s disappearance from the top laid largely in the fault of first Pixar studios and then also with Dreamworks Studios. As Disney began to fade, Pixar stepped in to fill the void with Toy Story. From that point onward, Pixar was the force to look at when it came to your yearly dosage of high quality animation. Many people didn’t even recognize Pixar as being their own separate entity. Yes, people would walk around calling Pixar out by name, but many associated it with Disney which had long since provided them all the animated features that they loved. Pixar films had a certain quality that felt unique yet reminiscent to Disney. They were children’s stories. There was a bit of tragedy. However, where Pixar really stood out was how dark they were willing to go in their films. Not to say that Disney was ever afraid of throwing a dose of tragedy in their films as motivation, Pixar reveled in that tragedy. Nemo may never have been lost if his mother hadn’t died. Up still has one of the most upsetting tearjerker openings that I’ve ever seen. And let’s not forget that The Incredibles is about superheroes who have been forced into hiding to avoid persecution. Pixar delivered emotion on a new level for animated features that prominently featured the tragedy rather than relegating it to the background.

Not long after Pixar’s rise to prominence was the rise of Dreamworks Animation. At first their animated pictures weren’t showstoppers. Instead they were more curious because we saw that a smaller animation studio that essentially popped out of no where could produce quality animated features. They were visually stunning and it was refreshing seeing more studios in the animated game. When Kung Fu Panda and How to Train Your Dragon cemented Dreamworks in the animated film space the studio was already starting to drift. As of late their films have been getting increasingly good reviews, but fewer people flocking to the theatres.

In that time period of the late 90s through the 2000s Disney Animation had really floundered. While they continued to release pictures, nothing was really a stunning hit. As I mentioned before many people credit Frozen with Disney’s animation return to strength. However, that was preceded by the stellar Wreck-it Ralph. I still can’t get enough of Wreck-It Ralph today. However, I think Wreck-it Ralph wasn’t the start of this new Disney Animation era. Instead, it was their first major success. Wreck-it Ralph sported the new tone that that Disney has been taking. Unafraid to bring total misfortune not just to the story, but to the heart of it. Wreck-it Ralph was about a video game character who wasn’t happy with always being the hero. He hated himself. His journey to accepting himself was the heart of that story. Frozen is about a sisterly bond that was drastically broken. One of the sisters was suffering with self-hatred. Big Hero 6 circles around loss and what lengths a person will go through to avenge those losses. If the characters who died never kicked the bucket and left their loved ones bitter, the movie never would have happened. This is different from Disney Animation of old which revolved around potentially dark themes in a light way. The new movies are wallowing in the darkness with no shame. The real journey to this change in movies I believe comes from Meet the Robinsons. It borders on the transition from light to dark in an interesting way and one that has stayed with me to this day. Meet the Robinsons made me cry. It made me feel for the situations the characters were placed in.

Disney is no longer the major powerhouse when it comes to animation. There are so many studios out there providing alternatives to Disney. However, it’s a great thing to see Disney at the top of their camera.