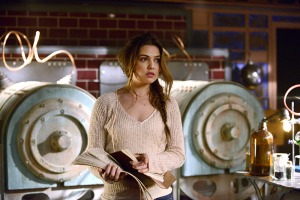 Rebekah took center stage again as she is slowly losing control of her host body to it’s rightful owner, the vengeful Eva Sinclair. Eva is a nasty piece of work as we saw at the end of last episode. She killed teenagers and was generally vicious. The Treme witches want her back so they can control her. The fact that Rebekah controls her is the only thing that is keeping Rebekah free. However, her slipping control will soon drive her to the point where she needs to be handed over or killed. Again and again she’s losing control and losing time. Eva wants to break free and the people who could get her to another body are currently gone. Eva is leeching power from people and Davina was her latest target.

Marcel is trying to get information about the Treme witches from Vincent, the true owner of the body Finn had been inhabiting. Vincent isn’t willing to talk until Cammy is brought in and she reaches him with kindness rather than threats. It really sucks for Vincent as he’s been saddled with bearing his own face that’s been used against his will for some awful crimes. He now has to come to terms with how he’s going to feel about everything that’s been done. It turns out that Vincent doesn’t seem to be that bad of a guy. 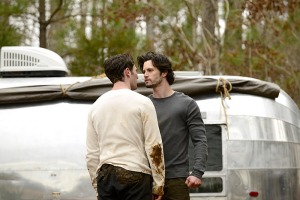 Jackson is now leading as they said “a pack of super wolves” and with that means that he needs to step up to the task. He needs to be the strongest, the one that no one questions. Unfortunately, he isn’t leading to the best of his ability. People are questioning his place as Alpha. And while a challenge in the status quo would be interesting, we were instead saddled with talks. Currently, the storyline they are a part of is the least intriguing. Yes, they have a role, but I could honestly do without seeing either of them.

Freya’s character is rather frenetic. Her intentions are entirely unclear. They move from point to point. However, the one thing that remains consistent about her is her hatred of Dalia. We learned how Dalia forced her will on Freya in the most awful ways. Everything that Dalia subjected Freya to makes it clear why she is now so cold and detached. The fact that she tried to make Dalia bear a child and then take it was a little traumatizing.