Klaus siding with Dalia is a dangerous move. He’s the kind of person who plans and manipulates. Part of Klaus’s plan is to use Marvel to help turn his siblings against them. The fight really turn them against each other in a way that reached new extremes. Klaus essentially turned into someone unrecognizable. he was simply wreaking havoc like we’ve never seen before. He destroyed person after person. This was Klaus that we’ve never seen even at his darkest. 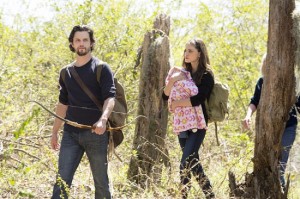 Klaus was so vengeful that of course he went after his child. Enraged, by what he pushed Hayley to do, he decided to have his way with the pack. With the help of Dalia the same crescent moon curse that was put on them wolves previously was replaced on them. Hybrids be damned, Klaus was going to get his baby and he was going to make others suffer.

You have to understand the nature of this show. It is a show of betrayal, lies, and tricks. The result is a show that is constantly twisting. Cammy revealed that there will be more twisting to come.

Davina is slowly sliding into the idea that she may become Regent. Sure there are some things that need to be sorted first, and people that need to be convinced. However, Davina is ready and willing. By becoming the Regent she’ll have the power to bring Finn back. That doesn’t mean it isn’t against her own reservations. Even still, she knew what needed to be done. She took the role of Regent with honor. Under her rule, she will no doubt bring the witches to the forefront. It is after all the witches who always seem to have the power.