Turns out that after the rather neat conclusion last year, Abbie and Crane had been separated for nine months. In that time, Abbie joined the FBI and has been through Quantico. In the meanwhile, Crane needed some time for himself, where he was traveling for more information and mourning Katrina. Their reunion came with them Crane turning up in prison for smuggling an artifact into the US. From there we got to see all the little differences that happened to Crane. He went on a plane without Abbie. He cut his hair. He was practically trailblazing on his own. 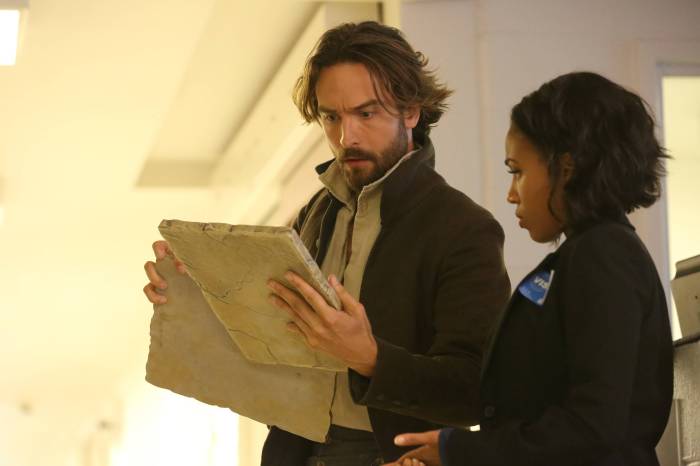 I have to say that even though the show is taking a different looking back a bit more to case of the week, it still is managing to maintain what this show did best, the chemistry between Crane and Abbie. They had an easy banter. Abbie still toyed with Crane. Despite having to function alone int he world, he still wears his old clothes, and longs for a time past. I can only imagine him trying to drive around the UK. That said, they seemed to up the banter even higher. There’s more toying. Since it has the same feel, it actually ends up feeling more welcome than not.

The actual case o the wee involved Betsy Ross, who was a former foray of Crane, also was an assassin. But it was actually a yaoguai that was attacking leaving a trail of bodies. The fact that it was attracted to bloodied fights made it convenient that Abbie was dealing with an FBI drug bust. I’ll be honest, there were a few ool ways that it tied in. Both with seeing how “don’t shoot until you see the whites of their eyes” came to be. Also seeing a crazy new beast. However, it didn’t feel satisfying because it felt so here and gone. There was no build with this beast being the villain. There was nothing that made it feel dangerous. 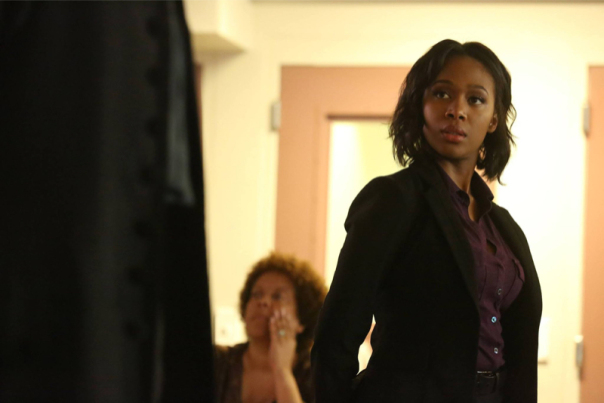 I have to admit, I was extremely worried about the direction of the show. However, this change may actually not be the end of the world. From what it feels so far is that it has gone back to the vibe more like the first season. In fact, I’m enjoying the renewed sense of levity on the show. Hopefully the show can maintain a sense of serial tv without it becoming bogged down like it did last season. Case of the week should help that a bit as long as they don’t get too attached with having a horror of the week.