The Hawk-Eye Pilot program is finally under way. Vega and her station is hosting the pilot program. Vega’s good work has her in the eye. With the pilot program in place it is both making it more difficult for Vega to work with Dash as Blake is watching her more. At the same time, this new program is calling for civilian analysts. That means Dash has an in, he just needs his brothers help to get a new identity,

The case that we saw this week was probably the least engaging. Masero was a high risk guy. Nothing we saw from him really stood out as being a risk at all. He wanted to live a little. He wanted to be exciting. He had anger problems. The entire problem was an aggravated assault that was almost murder. The problem was despite the flags, the reactions we saw from him never were outrageous. In fact, his reactions made sense. Thus it was pretty easy to figure out that Masero was being toyed with by the man he was going to for help. It was a sad twist and I’m not sure if I like the message that can be ultimately pulled from the episode. That said, the case played out again in two parts with a major twist. It is definitely a pattern that Minority Report is falling into.

However the new integration with Hawkeye is a nice twist. Hawkeye alone has the potential to flag risk. Pairing that with Dash’s ability means they are armed with even more to take down the crime. However, with all those things working in their favor, the only real tension comes from the events not yet happening and potential confusion with targets. In this episode we knew that someone was going to get stomped out. 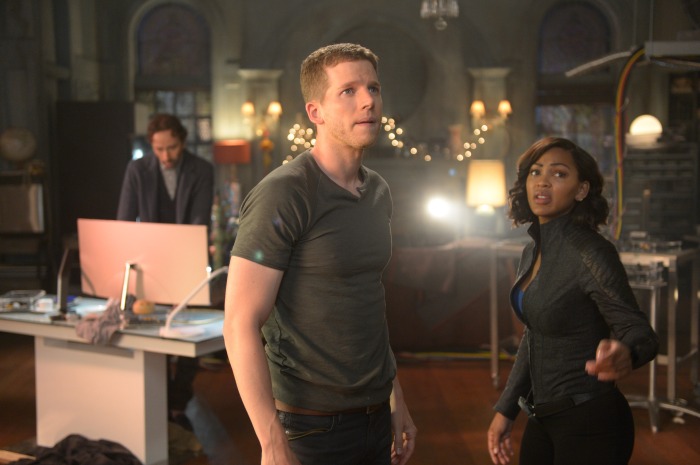 It was nice actually seeing Dash and Arthur bond. We needed that because as of now Arthur is kind of blank. We need more from him to establish him as a person and not just an object with a skill. It was also rather interesting to see that Arthu getting a vision only took a moment of pause from him. Whereas Dash ended up curled over on the ground. Dash is honest with Arthur, but the same is not true. Despite the lies, you genuinely get the sense that Arthur does care for his brother and wants him protected. I don’t quite get the same vibe from Agatha. It was Arthur after all who caved and gave up the information they had about Vega being involved with a new milkbath. I’m sure it’s not going to be so clear cut, but it should be interesting how it plays out.

This week none of the tech really stood out to me as visually impressive. I will dmit that the ability to help treat mental illness was compelling. It wasn’t clear cut how it worked, but it was interesting potential.