Sara is out of her cage and she’s dangerous. On one hand she is saving people that are in danger. However as soon as she saves them, she attacks them all the same. She’s an equal opportunity attacker. The problem is she’s killing her opponents and leaving a trail of bodies behind. She’s a danger to herself and everyone around her as long as she is out there. The entire time Laurel was keeping it a secret and an even bigger secret that she escaped. Something that big doesn’t stay hidden forever and Oliver soon knew that Sara was back. It didn’t take him long to piece together that they used their spa weekend to get Sara in the Lazarus Pits and that her more progressed state made her bloodlust infinitely more intense than Thea’s. 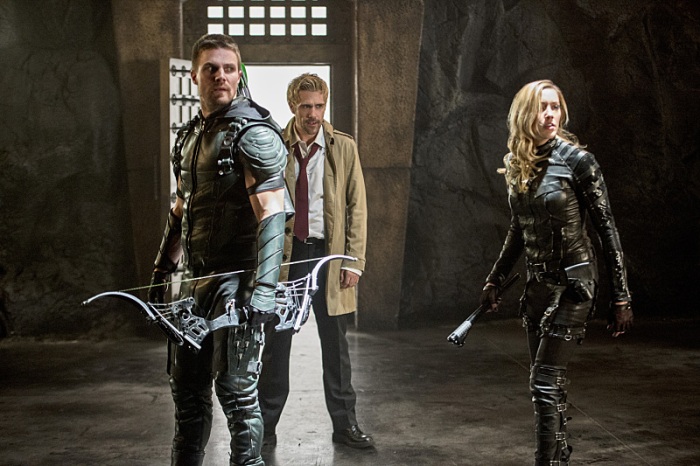 The changes that happened made her bloodlust insatiable. The problem is that Sara’s bloodlust will continue until she is able to kill the person who wronged her aka Thea. Now a whole bunch of women who look like Thea are being attacked. When Sara finally stumbled upon the correct target, Thea ended up in the hospital. It became very clear that they couldn’t just sit around and let things happen. Instead they decided to use Thea as bait. It was the best way to lure Sara out, giving the Arrow team a chance to capture her.

The flashbacks are still rather dull, but much of Constantine’s appearances were contained within these flashbacks. I really enjoyed seeing John Constantine back on the screen. Despite his failed show last season, I always enjoyed John. There Constantine introduced Oliver to the idea that there was supernatural out there. This was something brand new for Oliver. However, it was this bonding experience that allowed for them to form a contact and get a favor. That brought John into the fold to do a reconstitution. Constantine had some really good moments in his brief stint on the show. He took center stage and really brought something to the table rather than just being there. His time felt meaningful and I enjoyed that considering how much I like his character. 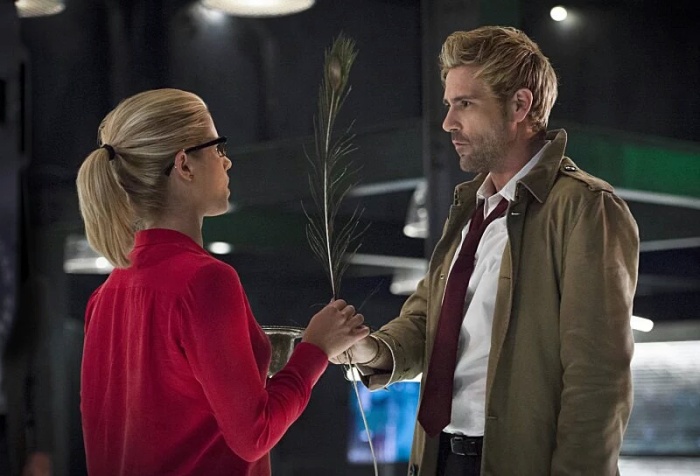 Meanwhile, Quentin and Lance got paired off. It got interesting because Lance was tasked with another dangerous task by Darhk. His second thoughts on working with Darhk and thusly HIVE was something Lance was questioning. Unfortunately, his latest task involved erasing information on certain people and he needed help which brought in Diggle. It was a tenuous relationship considering Diggle knows that HIVE was behind his brother’s assassination. Things got interesting when Quentin confronted Darhk about Andrew Diggle only to learn that it may have been possible that he got tied up with HIVE opposed criminal under goings. Turns out Andrew wasn’t the upstanding person that Diggle remembered.

Moments
-Curtis is a bronze medal decathelete, Beijing 2008. Impressive.
-Upon Constantine’s reveal in the present, you could hear the Constantine theme weaved into the audio before transitioning back to the Arrow theme. It also emerged whenever the focus was solely on Constantine.
-Thea is attracted to Constantine. A specific kind of yummy. I can’t disagree.
-Constantine gave Oliver a mystical tattoo.
-Curtis and Felicity now knows Ray is alive