Forward to the 38th century. Some catastrophic event has somehow merged Japan and India. Lots has changed from now until then including the clones for brute strength. People live on Triton and they work all day long. I was really intrigued by the state of humanity even though we didn’t get to learn much about it.

Enter the Sandman. (I don’t mean the song.) On the base is a giant sang monster that seems to be coming after them. They are made up of the dust left behind with people in the pods. The monsters came to life and came after them. It was yet another hunt where they were being chased down. it felt extremely familiar. These sandman could have been interchanged with any of the other monsters. Sure, they had their own quirks. They couldn’t actually see. However, their dust served pretty much as their sight. They were massive and near unbeatable, but like always they had a weakness. The real trick was that the sandmen were working with the one human survivor that was left.

This was very much Doctor Who’s take on found footage. Nothing we saw was with anything but footage that could have been captured. That meant cameras that were either hand held, part of suits, or mounted somewhere for standard surveillance. I’m glad they used multiple sources in this. I don’t think I would have been able to tolerate the entire episode if it went the single handheld camera route. I appreciated it even more when it factored in what was going on. When the Doctor realized that all of the footage they were seeing had no where to come from things got interesting. Everyone who went into those Morpheus pods began the same conversion that happened to the original crew. The were turning into dust and that was where the cameras came from. The sand was watching them all along. 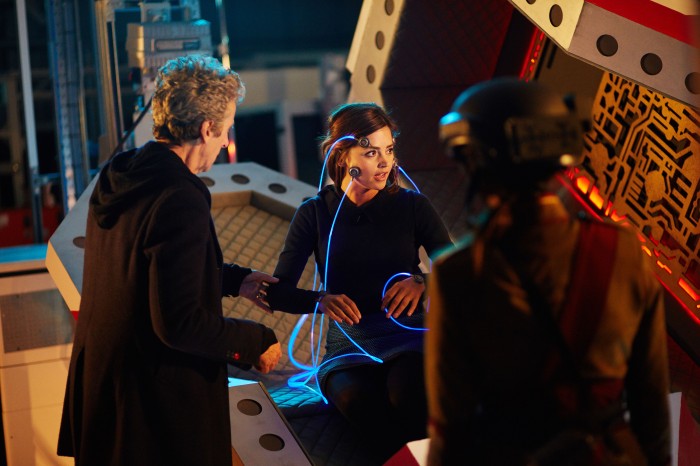 However, it is the sleeping pods that are interesting. On this base is the Morpheus project in which there are sleeping pods. The Morpheus didn’t force one into a continuous sleep, but concentrated sleep into five minutes burst. This was all to allow people to work longer. If you don’t need to waste time sleeping and replenishing, you could work more. It is a interesting commentary on our society. People are so obsessed with success that people strive to offer more. They strive to be the best and that requires more work, more hours until it is overwhelming.