If either The Flash or Arrow had to be the show which included flashbacks, it makes perfect sense that it would be Arrow. The flashbacks are already embedded in the format and so it made it easy to transition. Also the flashbacks weren’t used just to give us more understanding of who Hawkman and Hawkgirl are. Instead it actually served to help the actual plot and deliver crucial information that would determine their level of success. 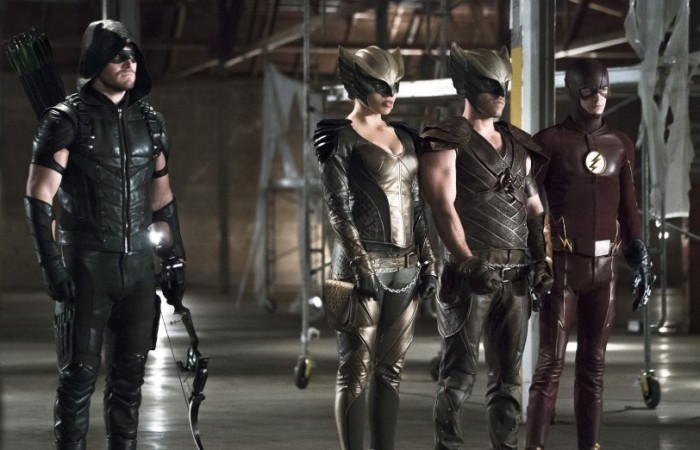 One thing that became very clear was that the two episodes were very solidly a true continuation. Last year the characters crossed to help each other with vague links. This was completely different in that if you jumped into tonight’s episode of Arrow without seeing the episode from The Flash yesterday it would be extremely jarring because you are jumping in mid story.

Kendra is still struggling with everything suddenly being dumped on her. She’s suddenly being told that she’s a hero. So not only is a whole past life screwing with her head and giving her memories of a life she knows nothing of. There’s this similar sense of her learning her powers just like Barry had previously. She’s now gone through these trials and when it’s time for Legends of Tomorrow, she’ll be a bit more aware of her powers. Still, she will very much be the newbie of the team. Her memories are what give her strength as she comes to accept her past. It isn’t until she finally allows herself to open up and remember that she realizes how they may be able to beat Vandal Savage.

Barry is a little nervous because he saw the ghost of himself, indicating that he time traveled again. Now he’s freaking out because he’s not sure why he time traveled in his future and what was being done. It turned out that he was running, not with the intention of going back in time. he was just trying to survive as the blast from the Staff of Horus approached. He ran until he jumped back in time to the point in which he met up with Oliver and Merlyn. However, he’s able to take their earlier failure and use that information to help them push towards success. By warning Oliver of the things that went wrong, they figured out what they needed to change.

After seeing what Oliver thought to be his son, he confronted his ex to see if it was his. He was very cordial about it despite feeling certain it was his, but she denied it. If it wasn’t just because of the fact that she was paid off all those years ago, at this point she wouldn’t want to turn her son’s life upside down. Excluding the fact that his father leads a dangerous life she knows nothing about that could leave William abandoned, no parent would want to just spring something like that on a nine year old. They are at an age where they are too old to just pretend like it’s no big deal, but still young enough that it can still seriously change how the rest of his life plays out. Oliver didn’t believe her and got William’s DNA sequenced for answers. What was really a low blow though was that she offered for Oliver to potentially have a relationship with his son he had to keep it from Felicity. Not that he really had the chance to do it, Felicity had already found out from an unknowing Barry and was furious that Oliver didn’t trust her. 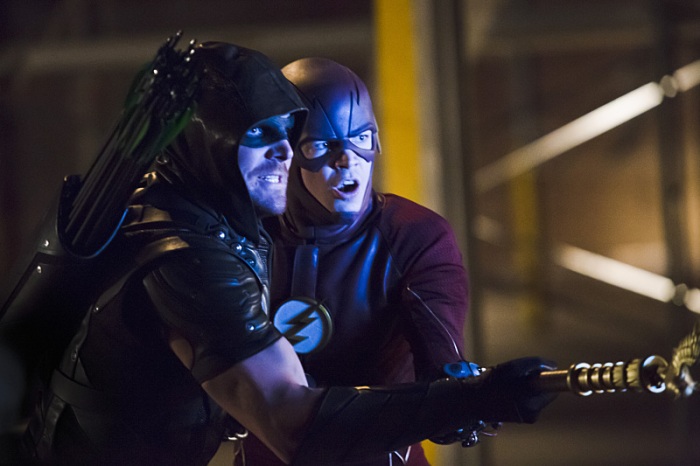 Cisco is still reeling over the fact that his almost girlfriend is suddenly entwined with this other ma. Carter is so much stranger and more intense than Cisco is. He feels intimidated. Carter is supposed to be her soul mate and Cisco is left in the dust. However, after Oliver’s alternate history pep talk with Kendra. It made sense that he was the one who got through to her. More importantly, it was something that he needed to confront and accept himself. Even though he has outwardly acknowledged that he could vibe, he hasn’t truly come to a point where he accepts himself. So even though he is giving Kendra a pep talk it is as much for her as it is for him.

Moments
-Merlyn called Barry Fleetfeet
-Barry time traveled again
-They actually mentioned nth metal as being important to who Kendra and Carter are
-Barry forced a hug out of Oliver
-Oliver’s time with William was really touching
-Oliver is officially keeping a secret from Felicity (the end is nigh for this pair and it worries me)
-Merlyn took Vandal Savages remains.

One thought on “Arrow – “Legends of Yesterday” Crossover Event Review”