Supergrl took on an Ashley Madison like company, but rather than cheaters, it was about rich people and their wrong doing. A hacker managed to get the information and hoped Cat would publicize the wrong doing. When Cat decided not to, the paradigm shifted. it was now her game. She was out to wreck havoc. Really it’s not such a noble idea. To endanger people who have absolutely nothing to do with the situation is wrong. it’s not going to make me feel sympathetic. While that was no doubt the point. I still ended up hating her. Things got real weird when the hacker agreed to meet with them. Rather than naming a place, she literally emerged from the screen and introduced herself as Indigo. 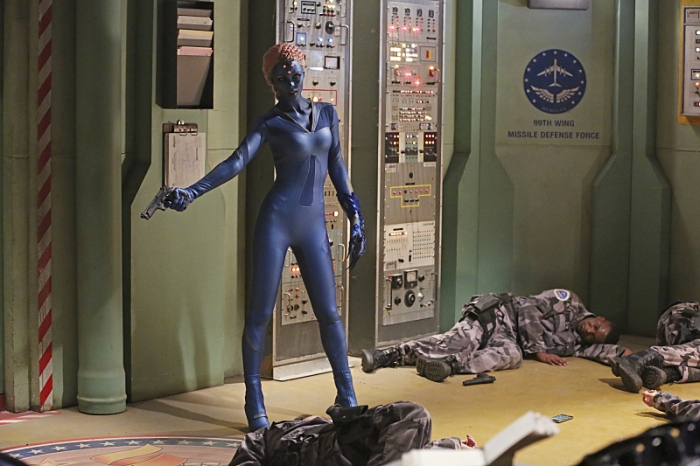 Her villain status was cemented when it was revealed that she was working with Non. He’s definitely emerging as the big bad, but I’m not intimidated by him. There’s something less personal than having Kara’s ultimate opponent being her Aunt. Indigo as a villain was up to no good, but had about as much depth as a blank piece of paper. She just wasn’t interesting. The best thing about her was the tidbit that she was the reason Kara got out of the Phantom Zone. other than that, I was not digging it.

Let’s address the elephant in the room. Kara went to the Fortress of Solitude. I was torn about this location. On one hand visually it was pretty, but also didn’t feel amazing. The real issue that I had with it was that Kara’s first time in the Fortress was with James. The mention that Clark had offered to tak her many times was a bit of a et down. I would have preferred that Kara went there of her own volition for more focused guidance. Something about being there with James lost some of the impact and importance of the place.

There is still a lot of tension between Hank and Kara. She doesn’t trust him, heck she even seems to hate him. That anger only gets worse and worse as time goes on. It’s a little upsetting to see that relationship crumble because Kara loves he sister. This secret was drawn out much longer than the secret about who Hank was. It was frustrating, so I’m glad that things finally got hashed out. Well, at least there was a confession. 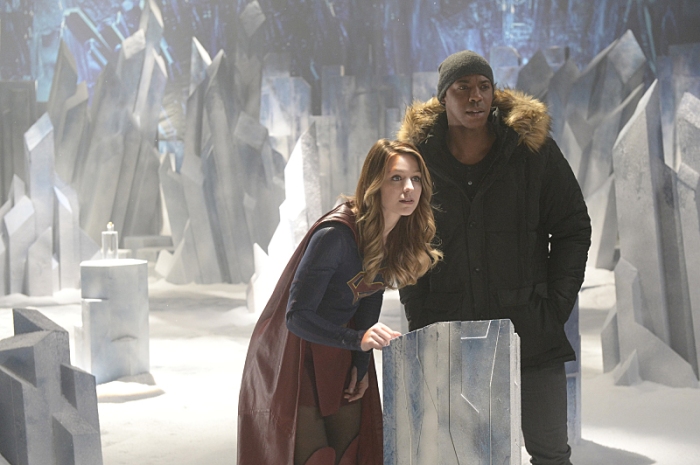 Siobhan has tome more depth to her than one initially thought. After her little show last week we actually got to see Siobhan be vulnerable. First when she froze up in front of Cat. Then again when she opened up to Winn about her cheating father. She’s a bit bitter, but she’s also a little bit more relateable. That vulnerability turned into a sort of thing between her and Winn. I’m interested to seeing where that will go, but I’m not going to pretend like I expected it to go there.