Everyone wants Daisy. The question is why. What she’s needed for isn’t clear but there seems to be a tie to HYDRA. It seemed to tie back to a homeless man who allowed people to see glimpses of their future. This happened with the bar owner who saw his own death enough to know it would happen. Also it allowed Daisy a glimpse of distorted events to come. 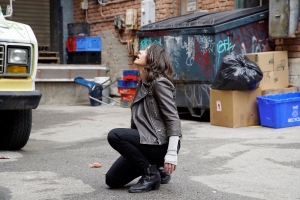 Knowing the future has its own problems. For one it brings up questions of space time. The are commonly a few views of time. Some see it as just another function, this a vision of the future is a glimpse of what may be. This theory is best used with association to the many worlds theory. The theory Fitz subscribes to is that time is fixed. It is a fourth dimension that is also fixed but since we only perceive properly in three dimensions we can’t recognize that. It’s a dumbed down version of a complicated theory.

Still it put everyone to work. They were out to do everything in their power to get to things to happen in their favor. That meant practice, but it’s kind of ridiculous that they could attempt to fight against it. So of course may got called away and their plan went down the hole. Daisy had to go in alone. Daisy is proficient at what she does, but she is no May. If the homeless man hadn’t made a reappearance she would have died. It did seem that he finally showed her her death before he died himself. All that was clear was that it seemed she died in space looking down on what looked to be Earth. 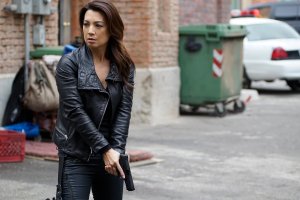 Hive is walking around in Ward’s rejuvenated body being ominous and looking rather akin to Neo. He seems to have turned a corner and how threatening he is shines through even more. Time and time again he moved throughout the episode on his prime villain status. Ward is really shaping up to yet again be the big bad that the team will be going against. Yes, I know it isn’t actually Ward any more, but Hive. Regardless he is a dangerous and I’m ready to actually see him causing some problems for the SHIELD team. We’ve seen him teased as being a threat and it’s starting to get to the point where we need to see him do something.