I completely geeked out when I saw that this was the topic for this week. While I love Fantasy, I think my heart truly lies with Science Fiction. There is just something about the genre that always manages to excite me. The infusion of science and the prospect of exploring what could be gets to me. I’ve always said that good Science Fiction makes you think. It forces you to look at the world you live in and contemplate some sort of other. Maybe I just like to have my brain constantly feel occupied and caught up in dreaming of more that I love Science Fiction.

Obviously, I’m thrilled to introduce those who may not be as deeply entrenched into the genre some recommendations of where to start. So today I’m going to talk about six Science Fiction stories that someone new to the genre may want to begin. 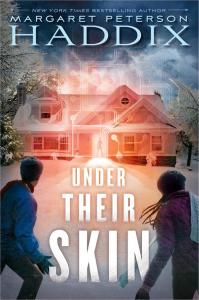 by: Margaret Peterson Haddix
What it’s about: When the twins’ mother decides to remarry slowly, their world starts to change and what they always thought was normal turns out to be what they least expected.
Why I recommend: I recently read this and I keep mentioning it. This is mainly because I hadn’t expected to love it as much as I did. It is an easy read and the transition from ordinary to science fiction is done rather well. For a time I wasn’t sure that the science fiction elements would even appear when they did it was fast and it worked well.

by: Jay Kristoff and Amie Kaufman
What it’s about: After their home world was attacked, the survivors go on the run from their attackers, only to learn that there are just as many internal threats as external.
Why I recommend: Illuminae would fall under the Space Opera category, but it is also one of the best young adult science fiction stories I’ve ever read. It is absolutely fantastic and it is easy to read because of it’s non-traditional format. Instead of feeling like you are reading a book it looks like you are looking through files and piecing the story together yourself. That said, if you are not fond of epistolary format you may want to avoid it because it keeps the characters at a distance. I loved the book because of the various topics it hit and how open it remained to allow for various interpretations.

by: James S.A. Corey
What it’s about: The mystery of a missing girl turns out to have far greater impact on the safety of the human race within the solar system.
Why I recommend: Leviathan wakes does not hold back. Despite that, it never becomes too overwhelming due to the way that it is written. Everything is paced out rather than dumped on you at one time. Add in the fact that it centers around a mystery storyline and an escape storyline. What is happening is understandable. You get grounded into this new world before more intense gets dumped on you.

by: Michael Crichton
What it’s about: When an eccentric old man desperately wants to unveil his park of dinosaurs to the world, the tests to mass muster begin to go horribly awry.
Why I recommend: I was first introduced to Michael Crichton through Timeline, which will always hold a special place in my heart. However, when it comes to recommending some harder science fiction to someone Jurassic Park is perfect. Not only have most people been introduced to the book thanks to the movie, which is relatively faithful, it also takes out some of the sting from the intense descriptions in the book. It isn’t one that shies away from things that could only be described as technical or theoretical. 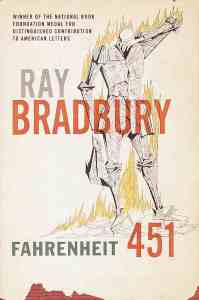 by: Ray Bradbury
What its about: A man who works as a fireman starts to question the importance of his job and whether it is something that should be done.
Why I recommend: I never read Fahrenheit 451 when I was in school like most people. I’m actually glad that I didn’t because it allowed me to appreciate the story so much more. It is one of those stories where you could take it at face value and it really isn’t all that amazing. But like good science fiction the more that you dig in and thing about the minutae and things going on you start to realize it can make you think.

by: Ernest Cline
What it’s about: A poor boy from the stacks, finds the first clue to inherit the money from the eccentric creator of the virtual reality everyone uses.
Why I recommend: This is one of those books that a lot of people recommend and as a result many people have already read. however it’s also one of those books that is very easy to digest. It is heavy on the pop culture references and there are a few issues you may have with some of the interactions between Wade and Art3mis, but overall it’s easy to digest with a straight forward plot.

I’m feeling generous so I’m adding in one more grand tale of science fiction for people.

The Hitchhiker’s Guide to the Galaxy

by: Douglas Adams
What it’s about: No one mentioned that Earth was scheduled to be cleared out for an intergalactic highway and one man is the only one who survives Earth’s destruction.
Why I recommend: This story is comedy. It is set in space and flirts with being considered space opera if it wasn’t for all the humor, blatant or absurdist. The one thing that is completely clear is that it likes to have fun with itself which makes it good for someone who isn’t being on science fiction elements.

There are so many other books I’d love to recommend int he science fiction genre. Thankfully there are a few more of these coming up where I can flaunt some of the books that I quite love in this genre.

What are some of your favorites?