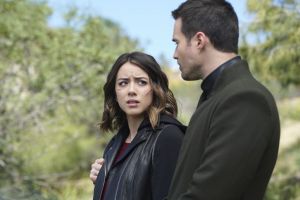 Daisy and Ward is a spectacle. It is add after two seasons finally seeing the pair of them together. For so long Ward had been so obsessed with Skye. However, now that neither of them were who they were at the beginning they are finally together. Daisy is riding the high that HIVE provides as they are sweeping through and converting as many inhumans to his cause. He has his own little band. however what is interesting is that they are more secret warriors than the proper secret warriors were. Hive’s goals were stunningly accomplished. I was rather impressed to see it all shake out. Previously everything fell apart for Ward, but Hive is a different beast and he knows how to operate like a proper businessman.

All the while Lincoln is in an awkward situation. It was quickly realized that he was not the bad guy and he was let out. That allowed him to get back to work. Lincoln however was really the only inhuman on SHIELD’s side that hadn’t already been converted. 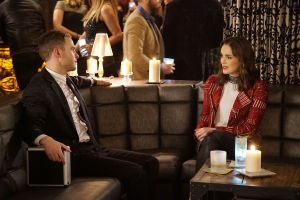 I love FitzSimmons, but not as a couple. The closer they are getting the less I like it. The two of them have incredibly chemistry together. However, that chemistry is rooted in friendship. Whenever it steps toward the romantic side of their relationship I feel like that chemistry fizzles a bit. largely I think this is because Simmons as a character is rather one dimensional. There are her smarts and her desire and drive, but we don’t have much else from her character. Fitz on the other hand we’ve seen him struggle. We’ve seen him overcome and how he thinks and interacts.

The pair of them had their own little mission to deal with. it was interesting seeing them thrown into that sort of situation. Fitz was more comfortable because he had done more of that than Jemma. Jemma was however a trainwreck. it’s a wonder why they keep letting her go into situations like this because she is not quite adept at dealing with the situation.