The flashback that was presented this episode was extremely interesting. Seeing the vampire fighting in Roman times was fascinating. it’s a very different way to see the vampires in a way we haven’t dealt with so far. The way he lathered up and stayed in the shade to fight to the death was an engaging fight. The next flashback was to shortly after The Master took over Sardu. We got to see how he’s been hunting down The Master for a long time trying to keeping him in check. However, it was the conversation after that was the most interesting. Giving this background on Quinlan was really effective of helping to establish who he was through the times. 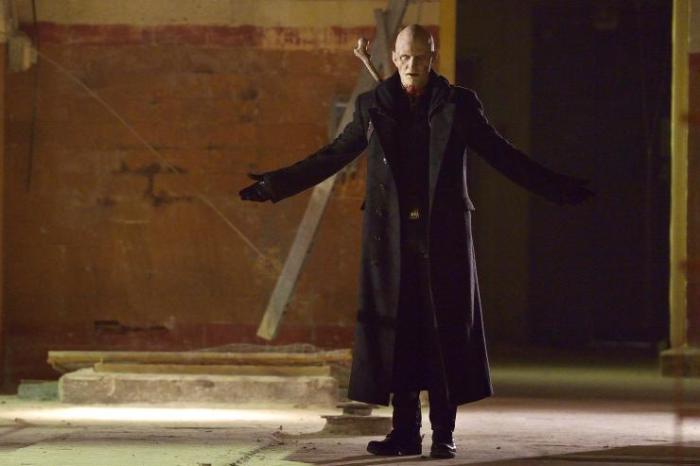 We’ve been watching Vasiliy and Dutch get closer as time has been passing. I actually kind of liked them together. However, it’s clear that now that Nicki is alive an safe she has no more interest in Vasiliy. It doesn’t help that Vasiliy is particularly burned by how quickly she jumped back into Nicki’s arms. The result is that I’m extremely torn about how I feel about it. On one hand it’s great that Dutch got something back and that she taking claim of her own storyline and not just being an appendage to Vasiliy’s story. On the other hand the way she is treating Vasiliy and not caring about his feelings is annoying.

If there’s one thing that I learned in this episode is that apparently getting shot in the shoulder makes you limp. Also despite Eph’s job working at the CDC and caring for people. He doesn’t now how to clean his wound or properly bandage it. I’m rather impressed that Eph managed to stagger back home. I’m actually impressed considering how many hoops he needed to jump through to get out. Obviously nothing really important on that return trip, yet it’s strange that it appeared so easy.

Vasiliy and Setrakian’s adventure to check out a new claim led them straight to the abandoned school bus and where all the creepy little vampire kids were hanging out. I have to admit that out of all the strigoi we’ve seen on this show, those kids are by far the creepiest and the ones who unsettle my dreams at the most unfortunate times. Quinlan appeared to dispatch all of the creepy little kids just before things could have gotten very bad. Quinlan is cryptic and interesting. I enjoy his lone wolf behavior. He was none too pleased about Vasiliy and Setrakian mucking up his opportunity to take out The Master.

We are on episode seven and I still don’t get the relationship between Eldritch and Coco.