I won’t pretend that this discussion wasn’t brought on by the recent news that Rise of the Tomb Raider by Crystal Dynamics, a sequel to the multi-platform game (originally released on Xbox360 and PS3, then definitive edition released on Xbox One and PS4) is going to be released solely on Xbox One. This new development of the fate of a AAA game is the latest in a list of exclusives. It got me thinking about exclusives and how they shape the landscape of consoles and how we consume games. I wouldn’t be surprised if some ignorant people would just automatically assume that I am just “butthurt because I’m a playstation pony who didn’t get what I wanted” and to that I say no. I have access to an Xbox One in my home and I will play Rise of the Tomb Raider with as much ease as I played the original. No, this is about how game exclusives are detrimental to gamers even if they benefit game devs and console producers.

What is a game exclusive? 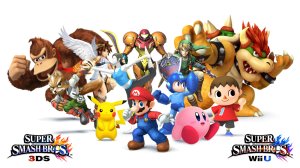 In case there are people out there reading this that don’t know what a game exclusive is it actually means a game is to be released exclusively on one medium, on one platform. For example the Halo series is an exclusive that is only for Xbox. When a new Halo game comes out you can expect it to be on the Xbox console and not never on PS4. Just like a game like inFAMOUS is exclusive to PS4 and it will not be on Xbox. This is different than a non- exclusive game like Call of Duty which is released on all platforms.

Over time, the meaning of the exclusives has whittled. An exclusive title used to mean that you would never see it on any other console than the brand it was built for, but now that isn’t always the case. As game developers have strived to justify increasingly blooming production budgets previously exclusive games became multi-platform games. Which benefited both the production companies and gamers as they got more money by reaching more people, and more people get to experience the game. Now console producers are referring to games as exclusives regardless of whether they are true exclusives. Now, you can find a game being referred to as exclusive even if the game is only a timed exclusive. A timed exclusive is a game that can only be found one console for a certain amount of time before it will be a multi-platform game. This gives the console with the timed exclusivity the advantage of luring more players who will want to play early on. However, gamers on other consoles still potentially get access to the game at a later date. A timed exclusive can be advantageous, to all parties involved, even if it may be slightly frustrating to some games for a time.

Why are there game exclusives? 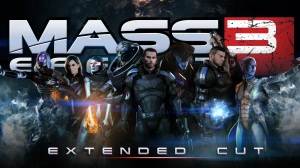 When you get to understanding what an exclusive is you would start to wonder why there are exclusives at all. However it comes down to the actual console producers to sway a game developer to be exclusive. Unless a game dev previously decided from their own personal team that their game was only going to be on one console, it generally requires a console producer to pay out an incentive to have a game exclusive to one console. Some smaller indie studios may not have the resources to have a game be on multiple platforms and that is why a game is exclusive. However, larger publishers often do have the resources to make this happen. Sony and Microsoft want exclusives to draw in gamers. They see exclusives as what differentiates them from their competitors and will sell consoles. The strategy works as it forces a gamer to choose the console which has more games that they prefer to play or to buy multiple consoles to meet their gaming desires. A large game developer, with the ability to develop for multiple consoles, would only make a game an exclusive a console producer provides a significant enough deal that will reassure them about the fate of their franchise. This is mostly because by becoming an exclusive they are shutting out all other potential avenues for revenue that present themselves when they are available on other consoles.

When are exclusives acceptable?

It’s clear that console producers will not be letting up on seeking out exclusives for their consoles. As such, we will continue to have exclusives and that is something that gamers need to accept for the near future. When a game is announced as an exclusive it can bring tears or happiness depending on if you own the console or not. It happens though and we all move on. Which makes me wonder if there is a sort of etiquette to the introduction of exclusive games. If a new IP is announced as an exclusive it is understandable. A new IP is untested in the world. There is no idea how it will perform and a game dev can reasonably test how things will go without expending too many resources if it doesn’t work out quite as they hoped. It is okay because while it may suck if you don’t have access to the IP, it doesn’t feel like anyone is taking anything away from you that you once had. There is always the chance that a once exclusive game will change it’s mind and release on other consoles. It’s happened before and it will likely continue to happen when a game dev realizes that a multi-platform release is more beneficial to their business. It is a different story if a game that was once multi-platform becomes exclusive, like Rise of the Tomb Raider. To a gamer, it can feel like the game dev you were so interested in releasing a sequel to the game you once loved is spitting in your face and telling you that you aren’t good enough. It can be insulting, but a game dev will do what they think is best for their business model, not the game.

Rise of the Tomb Raider exclusive to Xbox One 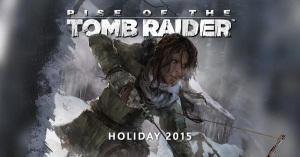 Update: At the time of writing this it was still not clear whether Tomb Raider was to be a timed exclusive or a plain old exclusive. Phil Spencer seems to have cleared it up that it is in fact a timed exclusive.
Since Rise of the Tomb Raider was the main driving force for me writing this article, it would be silly if I didn’t devote some time to this game. Tomb Raider (2013) was released on Xbox360 and PS3 last year, which made it a multi-platform game. A definitive edition of Tomb Raider was released early this year on Xbox One and PS4, again a multi-platform game. It’s sequel Rise of the Tomb Raider will be an exclusive title on Xbox One. This is a strange move from Crystal Dynamics to move from being multi-platform in a form of regression to being exclusive. However, it isn’t entirely clear what kind of exclusive this is. As marketing jargon has become continually convoluted it is possible that Tomb Raider will not be a permanent exclusive, but a timed exclusive. It is clear that lots of money was likely thrown to Crystal Dynamics to make this exclusive happen rather than be the multi-platform game that people assumed. Money that will likely help development and ensure that they make some of their money back. It’s no secret that despite Tomb Raider’s critical success, and good sales, it didn’t reach the lofty sales expectations they had hoped for the game. Moving into the Microsoft camp may not have been a very difficult choice for Crystal Dynamics if the price was right. Especially with a release date of Holiday 2015. A release that happens to fall in line with the release of Uncharted 4 by Naughty Dog, a massively popular and well regarded exclusive series on the PS4. Both games share similar elements, to the point that a number of times Tomb Raider’s Lara Croft, was referred to as a lady Nate Drake (the lead of the Uncharted series). Going up against giant like the Uncharted series with similar content and likely a similar feel would probably result in the cannibalism of their own sales. Thus, swaying to Microsoft and the Xbox One would allow for them to avoid an embarrassing launch on PS4 against Uncharted. The smart move would be to do a timed exclusive on Xbox One. This would drive up attention, through the controversial move, and allow for the game to build hype on Xbox One. It would get it’s sales and it would get the benefit of more money. Crystal Dynamics could then release Rise of the Tomb Raider on PS4 at a later time, maybe six months to a year later, and open up the sales to the other console. Crystal Dynamics then avoids being lost in the Uncharted 4 madness and they still can maximize profits. Unfortunately, we don’t yet know what kind of exclusive Rise of the Tomb Raider actually is.

Which brings me to the very heart of my argument. Exclusive games are nothing but trouble for gamers. Exclusives, take what could be a welcoming community of people with a similar interest and pits them against each other because they are forced to choose a console. When you do finally make a decision and invest $400 and any additional money to buy games it’s hard not to justify your position. You are forced into believing that the console you bought will deliver so you haven’t wasted your money. There are times you get wins and others when you lose, but you are all in. The poor gamers that refuse to choose may have the benefit of not missing out on any games. While owning all consoles would solve the issue of not having access to certain exclusives. For a gamer not having access to a game means that you could be missing out on a truly great world. Unfortunately, there isn’t much that we as gamers can do other than getting our hands on the game and the other console. It also builds up that lovely divide between players of different consoles. The day that we see an end to the console wars between Xbox and Playstation (and even Nintendo), the landscape for us as gamers will open up. Until then, gamers are forced to chose and many then constantly have to defend their choice to other gamers.

What do you think of video game exclusives?