The group was pushed into 2147. It was a time that was the bliss before the storm. This is the world when everything was great. Things were at their best. It was years before a plague started the world into the downward spiral that we knew would be true. it was the peace before the storm and it was interesting seeing the characters face the quandary of do you kill a child who will one day do terrible things or do you let them be because they are still an innocent. 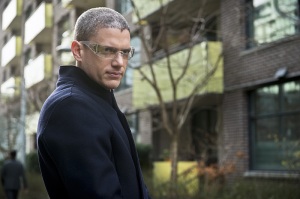 This forced everyone to confront and understand what they were going to do. Some of them wanted to just kill this kid. Others would have preferred doing all they possibly could to alter the future without actually murdering him. Not only did the kid not get killed to prevent the issues they went to the time for, they brought it about sooner. It is starting to get old that again and again this group of people fail. It’s becoming rather worrisome. Either they fail or manage to keep things the same. They have yet to make any substantial progress.

Kendra went through a number of flashbacks. It focused around the idea that Kendra can sense when Savage gets close. She knows that he is near when they were in 2147. It really didn’t make all that much sense or really feel important because the bit about her sensing him came after we knew Savage was in the time and close to where they were. It also didn’t help that the flashbacks we saw were to the time when they were becoming the Boardmans. The problem is we already knew they had a kid. We knew they were on the run. We knew that story because it was already told to us. 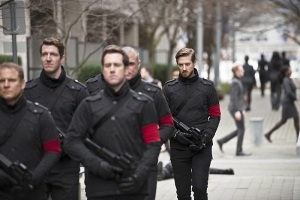 This all just brought a wedge between Kendra and Ray. The thing is that we knew Kendra already had a thing for Carter. There was always this fated thing going on. The problem I had with it was that it didn’t really do anything. It didn’t have tension. Whether they got to be together o not didn’t work. Their relationship never felt earned so it never worked for me. Learning that Kendra and Ray may not work out doesn’t make a big difference in the grand scheme of themes. At this point I”m just hoping that they leave this story line behind and move forward.